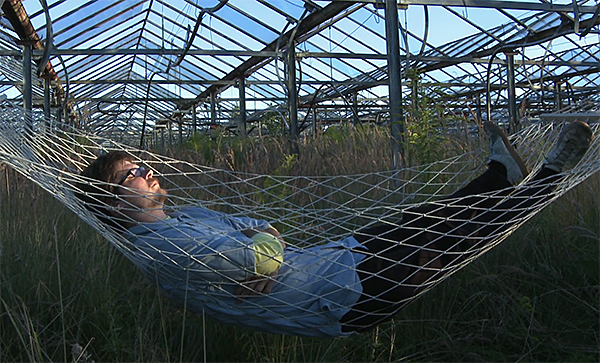 The 2nd exhibition of the Latvia series shows the installation “The Gardener / Dārznieks” by the group “Famous Five”.

The group “Famous Five” or “F5” was founded in 1998 during the media art symposium “Polar Circuit” in Tornio, Finland. “F5” is made up of five members who work in different formations on different projects.

In 2002 “F5” participated in the 25th São Paulo Biennale with the work “Have a Nice Night” and in 2005 represented the Republic of Latvia at the 51st International Biennale for Contemporary Art in Venice with the exhibition “Dark Bulb”.

The installation “The Gardener” was created in collaboration with Līga Marcinkeviča, Ieva Rubeze and Mārtiņš Ratniks and was shown for the first time at the Centre for Contemporary Art “KIM?” in Riga.

The exhibition runs until 29 March. It is open Mon-Fri from 15-18 or by telephone agreement. 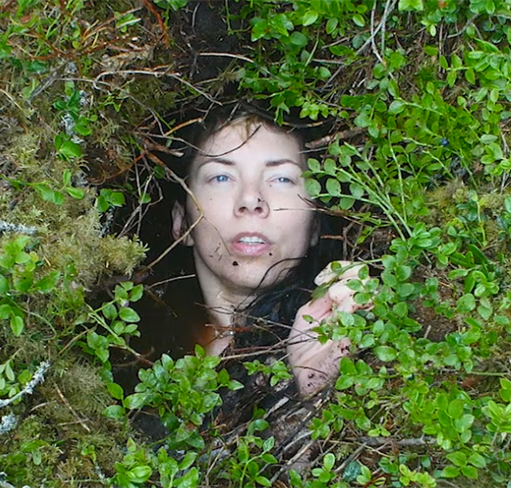 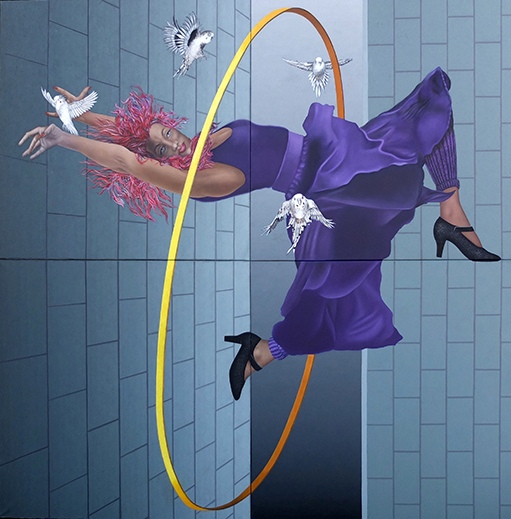 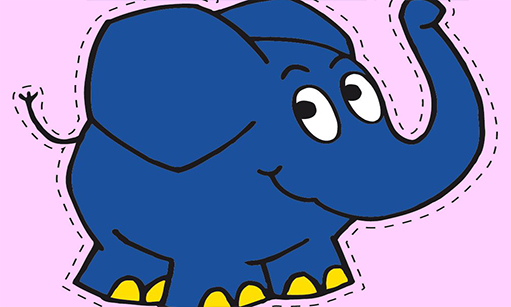 October 3, 2018 will be dedicated to children and families: “The Programme with the Mouse” (WDR) has called for the seventh nationwide “Door Opener Day”. In Schleswig-Holstein, six doors will open that are otherwise closed to children, including the printing workshop of Norbert Weber.

In the afternoon there will be a participatory action. The art library in the Bootshaus opens its doors to ten children between the ages of 3 and 6. There they can learn how to borrow original works of art. They choose a work of art, take it with them into the exhibition room and use it as a stimulus for their own painting.

They learn how to make a monotype. With all kinds of tools, paint is applied to a plastic plate and then printed by the only professional monotype printer far and wide on a heavy press on fine laid paper.

The campaign lasts approximately two hours (13:00 – 15:00). Participation is only possible after registration at cult@nordcult.de (limited number of places).

To work as a monotype printer means to combine the joy of experimenting with the greatest technical precision and to be a partner in the creative process for the little artists: “I’m happy to be able to provide even more insight for one or the other mouse fan on the door opener day”. 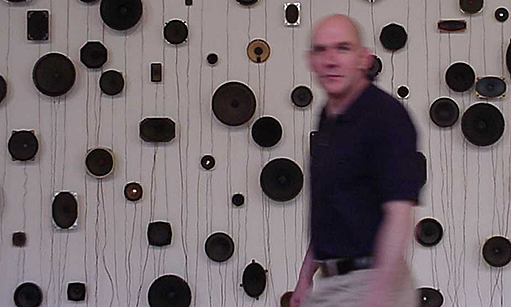 Black fabric, round loudspeakers and a real abstract sound in motion. All this happens on an elongated tabletop. The fabric serves as scenic material and accentuates every single membrane in its causal covering. The exact circular shapes with their different diameters rise from the mass of the fabric and seem to float on it. The sounds use the dimensioning of the table surface in both directions, without beginning and end – here as an overflowing tablecloth and drapery in audible movement. Ulrich Eller (* May 9, 1953 in Leverkusen) is a German artist in the field of installation and sound art.

Since 1978, his artistic works have been concerned with spatial sound and form creations. In 2001, the documenta participant became professor for sound sculpture/sound installation at the Kurt-Schwitters Forum of the FH Hannover. Since 2004 Eller has held a professorship for sound sculpture and sound installation at the HBK Braunschweig. 1987 documenta 8, Kassel. 1994 Die Stillen, Skulpturenmuseum Glaskasten, Marl. 1996 Sonambiente, Festival for Hearing and Seeing, Berlin. 1999 Sub Raum, ZKM, Karlsruhe. 1999 The XXth century. A Century of Art in Germany, Neue Nationalgalerie, Berlin. 2003 Conceptualisms in Music, Art and Film, Akademie der Künste, Berlin. 2006 Sonambiente, Klang Kunst Sound Art, Berlin.

For Ulrich Eller, sound offers a suitable prerequisite for pointing out the hidden properties of different materials. “I see my works as a draft for a new, unknown reality that reveals itself to anyone who is willing to notice them. 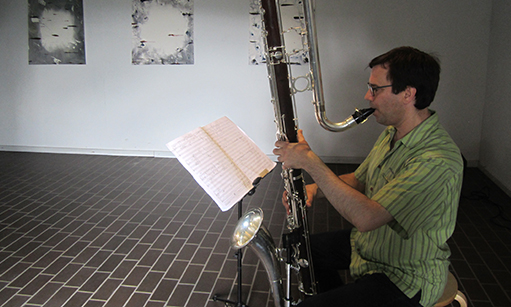 With “stream – im Fluss” the concert series Neue Musik Eckernförde leaves the St. Nicolai Church, which is currently closed due to interior renovation, and explores new forms of listening and concert venues in the Eckernförde city centre with a “touring concert”.

The start and finish of the performance will be on Friday, 17 August at 19:30 hrs at the Schleswig-Holsteinische Künstlerhaus, Ottestraße 1, two other concert venues can be reached on foot in a few minutes. One place is the exhibition room of gallery NEMO, the other the Langlo-Haus of the parish St. Nicolai.

If the weather is fine, there is the possibility to end the evening in the courtyard of the Künstlerhaus in summer… 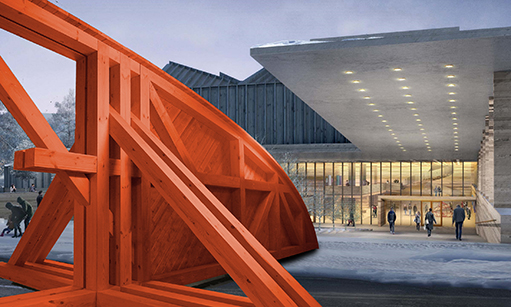 Passers-by on the Eckernförder beach promenade at the Exer often wonder what the other end of the orange wooden construction “Bridge across the Sea” might look like.

On 26 July, the artist Ojārs Pētersons and the director of the collection of the Latvian Museum of Contemporary Art Astrīda Rogule gave fifteen travellers from Eckernförde, who had joined Norbert Weber on a trip to Riga, the opportunity to take a look at the counterpart in the depot of the Latvian National Art Museum. This is where the finished components are stored, which will be assembled after the completion of the Latvian Museum of Contemporary Art in front of its new building.

In November 2015, a foundation was established that provided 30 million euros for the museum. The office of Adjaye Associates from England won an international competition. The building will be erected on the site of the former freight station and surrounded by a park. The area forms the transition between the new development area and older districts of the Latvian capital. The museum will show contemporary art from 1960 to the present. The collection focuses on the Baltic Sea region with a special focus on Latvian art.

The building of the Latvian Museum of Contemporary Art (LMoCA) is scheduled to open on 18 November 2021. 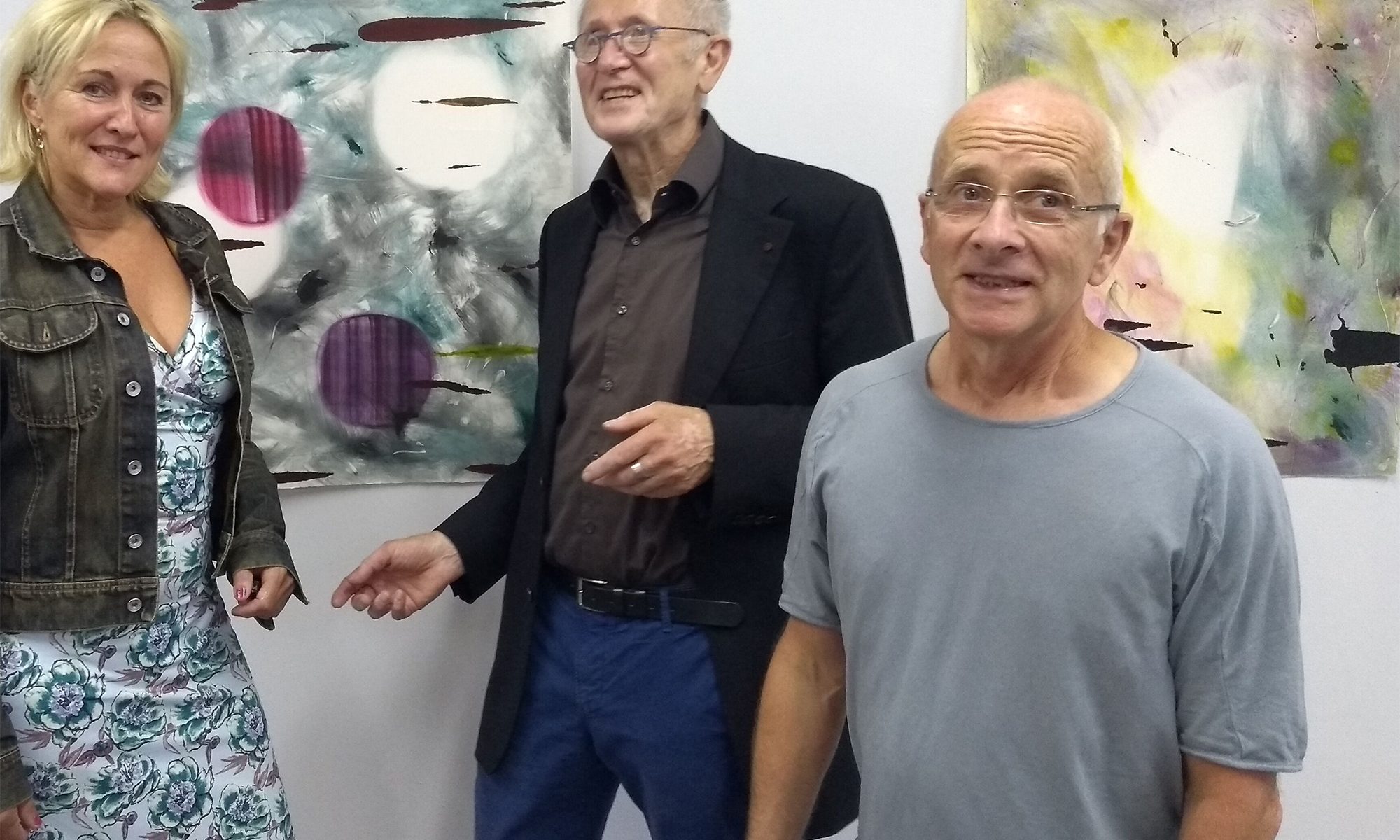 From 14 July to 20 August, the exhibition space of the Nemo Gallery will be the setting for a series of monotypes by the artist René J Goffin, created in the previous weeks in the workshop of Norbert Weber.

Monotypes are “printed paintings”, i.e. the artist paints with (oil) paints on a surface on which the paint does not adhere (plastic, metal). It is printed on mouldmade paper. There is only one print. The aesthetic quality is fundamentally different from painting on paper. The color “released” under pressure is of high translucency. The machine pressure not only smoothes the deckle paper, it also squeezes paint incalculably, creating unpredictable shapes.

As a printer of monotypes, Norbert Weber works without an order. There is no application. He invites artists whose work interests him and from whom he assumes that a collaboration can be successful and profitable. Success is not guaranteed, because it is in the nature of monotype that the results are risky. A monotype printer must be able to give up prints as unsuccessful (which happens especially at the beginning of a cooperation), he must honestly also be able to admit that the work with an artist does not harmonize at all. As a consequence, one must give up a collaboration. 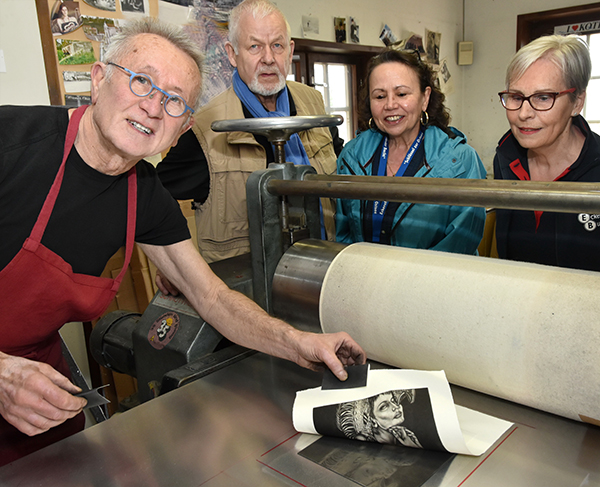