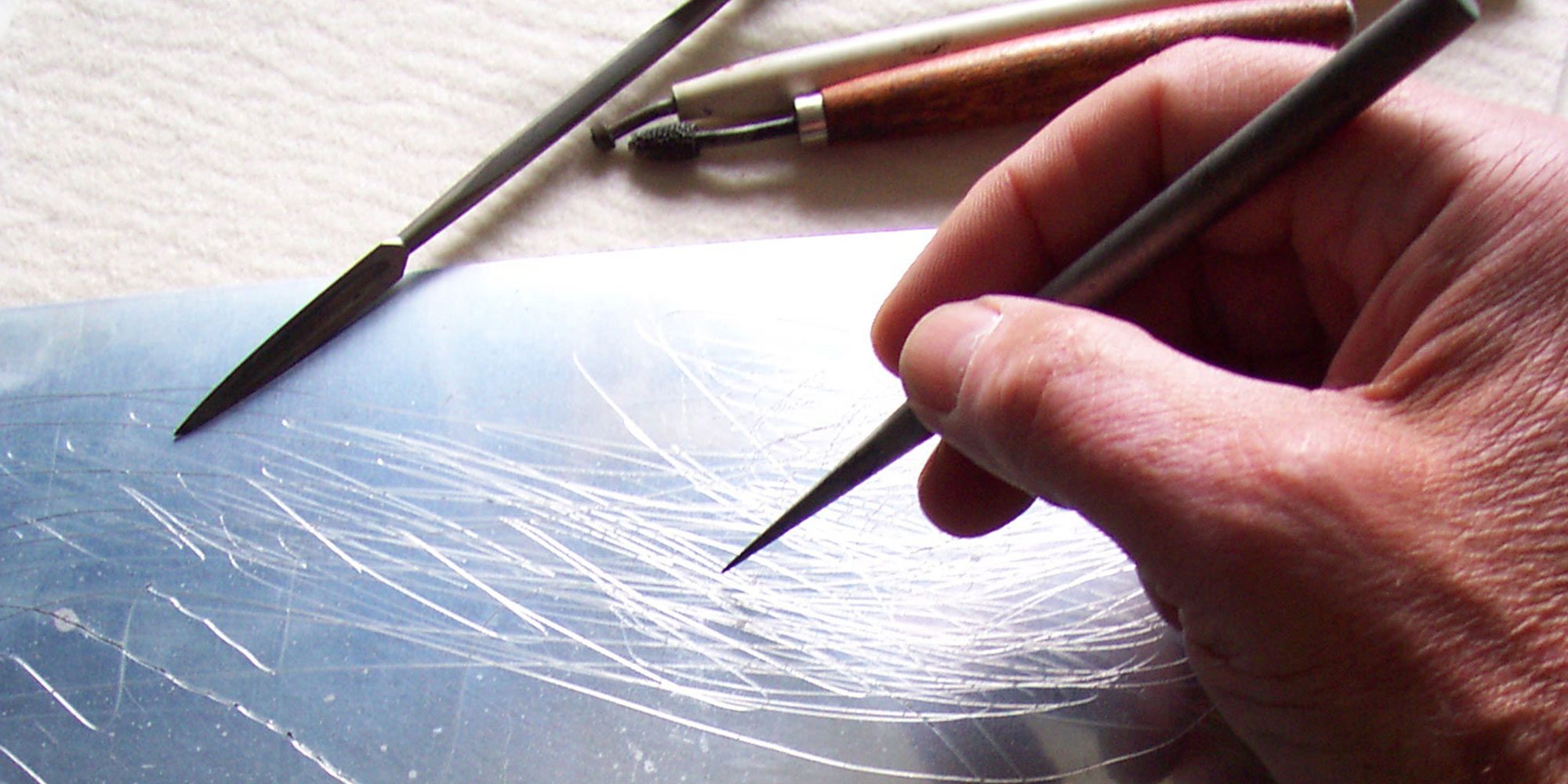 During his studies at the Johannes Gutenberg University in Mainz, Norbert Weber learned how to print etchings in the studio of the graphic artist Klaus Böttger. Later he began his training in the intaglio printshop of Reinhard Spiegel in Wiesbaden. During this time he produced numerous print runs for Georg Baselitz.

1975 was the year in which he founded his own workshop, initially in Revensdorf and 1978 in Eckernförde. In 1985, the “Position Nord” project, a portfolio of graphic works by René J Goffin, Sigurdur Gudmundsson, Jan Håfström, Jan Koblasa, Peter Nagel, Bjørn Nørgaard, Raffael Rheinsberg and Sverre Wyller, was awarded the “kultur aktuell” prize of the State Cultural Association.

In 1999, in cooperation with Walter Stöhrer, the monotype was introduced. Since then, the process has also been tested with other artists, such as Ian McKeever and Bente Stokke. This activity was reflected in the exhibition “Self Shadow” (Kunsthalle Brandts, Odense, 2002) and in the master’s thesis “Monotype – The Practice of Painterly Print” (Christian-Albrechts-Universität zu Kiel, 2012).