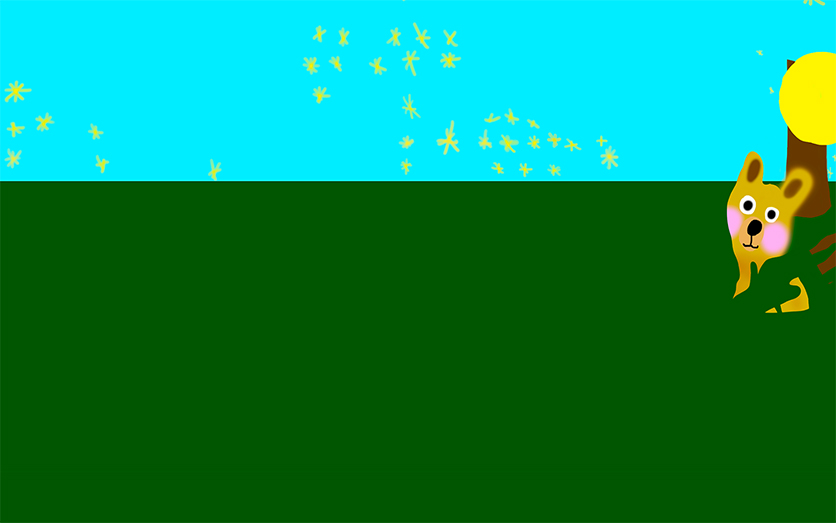 “Wall pieces from the Adapters series are influenced by my time spent in the city with render quality – Rotterdam. Here visually synthetic qualities are placed all above everything else, which often results in tasteless experiences. As beautifully shaped strawberries which, slides down the throat leaving an only sour taste. These visual representations mixed with my own experiences of nature and it caused light-emitting bears to emerge. These bears came from my childhood memory of pre-sleep allies, which every evening was plugged into a socket in my room. I tried to reconstruct a memory of how this object was made; it was round and had an image on it depicting bears playing ball, or something else in a landscape. How many were there? Was it day or night? What kind of ball were they playing with? Was it in meadow or forest? I couldn’t and can’t recall.” (Jānis Dzirnieks)

Jānis Dzirnieks (born 1992 in Riga) is the youngest artist to date in the series of exhibitions of Latvian art. From 2013-2017 he attended the Latvian Art Academy. An Erasmus scholarship took him to the Berlin Academy of the Arts in 2015-2016. In 2019, he completed a master’s degree at the Piet Zwart Institute in Rotterdam. He is a member of the artist collective 3/8.